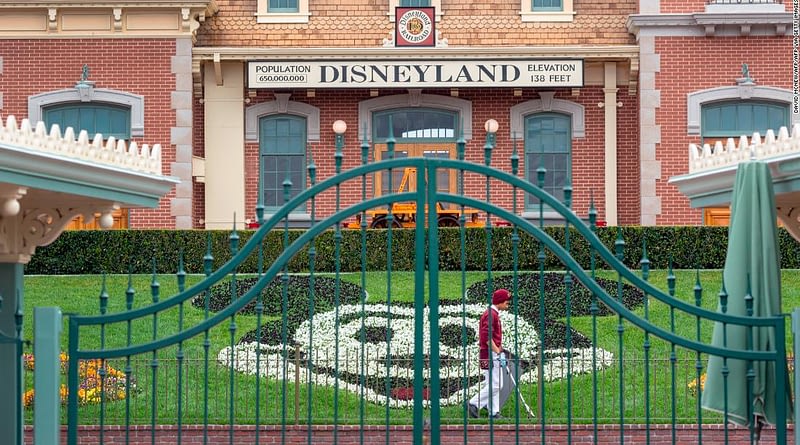 Although sales for its second quarter were up 21% to $18 billion, Disney’s profit took an enormous hit from the closure of its twelve theme parks as well as mammoth costs associated with getting the Disney+ streaming service off the ground.

The company’s parks, experiences and products unit was hit particularly hard by the outbreak.

That segment’s operating income dropped a staggering 58% compared to last year — a result of Disney (DIS) shuttering its theme parks and resorts around the world.

The company said its operating income on its Parks, Experiences and Products segment fell about $1 billion due to lost revenue. It estimates that the impacts of coronavirus across all its businesses was as much as $1.4 billion. All twelve of Disney’s parks in North America, Asia and Europe have been closed since March 15.

However, the company announced that Shanghai Disneyland, which has been closed since January, will re-open in phases on May 11. The park will welcome guests with new health and prevention procedures as well as limited attendance.

Reeling from the effects of the pandemic across nearly all parts of its business, Disney also said that it will not pay investors a dividend for the first-half of fiscal 2020.

The company estimates the move will preserve about $1.6 billion in cash, based on a per-share dividend of 88 cents.

Despite the disruption from the outbreak, Bob Chapek, Disney’s newly-minted CEO, expressed confidence in the strength of the company’s assets.

“Disney has repeatedly shown that it is exceptionally resilient, bolstered by the quality of our storytelling and the strong affinity consumers have for our brands,” Chapek said in a statement.

“As someone who’s been around for a while, and led this company through really tough days over the last fifteen years… I have absolute confidence in our ability to get through this challenging period, and recover successfully,” Iger said.

Disney+ is a costly success

While Disney’s results illustrate how badly the coronavirus has hobbled its business, there was one bright spot for the company: Disney+.

In just five months, the company’s streaming service, which debuted in November, racked up roughly 54 million paid subscribers globally, the company said on Tuesday. That puts it within striking range of Disney’s long-term subscriber projections.

The company said that revenues for its direct-to-consumer business, which includes Disney+, Hulu and ESPN+, increased from $1.1 billion last year to $4.1 billion.

However, its growth comes at a big cost for Disney.

The company said that the operating income for its streaming unit fell $812 million in the second quarter.